In the Game (Hockey Super Six) 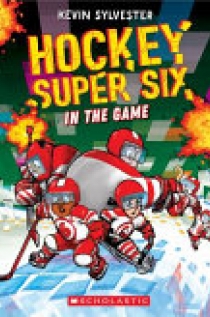 Meet six kids a lot like you. Except . . . . . . Benny, Jenny, Karl, Starlight, DJ and Mo got zapped in an evil plot gone wrong-- and they became the super-est team the world has ever seen. Lucky thing, because this time they are sucked into a virtual reality, with a computer program firing the worst bad guys at them in a bid to learn all the Hockey Super Six's best tricks for stopping evil in its tracks. But then the Six and all the evilest evil-doers are tossed out of the game and into real life. Can the Six round them up using their hockey superpowers?