In the Footsteps of Abraham Ulrikab 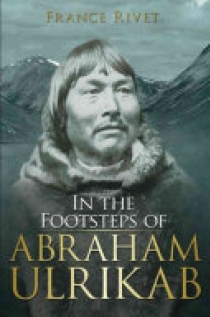 The story of Abraham Ulrikab is one of the saddest and most moving stories in Nunatsiavut (Labrador), Inuit and Canadian history. Hoping to improve his family's living conditions, in August 1880, Abraham agreed to head to Europe to become the latest "exotic" attraction in the ethnographic shows organized by Carl Hagenbeck, a menagerie owner and pioneer of 'human zoos.' Accompanied by his wife, their two young daughters, and a few countrymen, the group of eight was exhibited in zoos in Hamburg, Berlin, Prague, Frankfurt, Darmstadt, Krefeld and Paris. Very soon, the Inuit realized their coming to Europe was a mistake and they longed to return home to Labrador."It is too long until the year is over because we would very much like to return to our country, because we are unable to stay here forever, yes indeed, it is impossible!," wrote Abraham in the diary he kept during his journey.Sadly, none of the Inuit saw their homeland again. All were killed by smallpox less than four months after setting foot in Europe. Based on four years of research, the book In the Footsteps of Abraham Ulrikab finally reveals the truth about the fate of the Inuit?s remains, and brings to light an opportunity to change the course of history: 134 years after the death of Abraham, Maria, Nuggasak, Paingu, Tigianniak, Tobias, Sara and Ulrike, their wish to come home to Labrador could eventually become a reality!