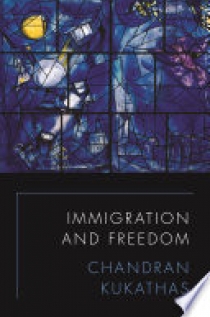 "Few would deny that immigration controls are restrictions on individual freedom. In debates about immigration, however, freedom is rarely mentioned. When it is raised it is usually indirectly, and the contending parties typically divide into those who question the wisdom or the morality of limiting the movement of would-be immigrants and others who think such restrictions warranted. The language of freedom rarely makes an appearance, perhaps because the liberty of foreigners or aliens does not really interest most people.