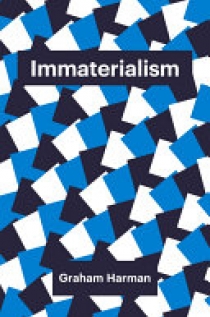 In this book the founder of object-oriented philosophy deploys his model of objects in the context of social theory. In Part One he outlines an ï¿1⁄2immaterialistï¿1⁄2 method to counter the dual reduction linked to the two senses of materialism, which either decomposes entities into their constituent pieces or overdetermines them by way of their relations and effects. Special attention is paid to the virtues and vices of actor-network theory, with the conclusion that ANT needs more focus on the unity, autonomy, and stability of objects, not less as some theorists have proposed. In Part Two the author makes a case study for an object-oriented social theory: the Dutch East India Company (or ï¿1⁄2VOCï¿1⁄2), wrongly belittled by the philosopher Leibniz as a mere aggregate rather than a genuine thing. The VOC qualifies for objecthood neither through ï¿1⁄2what it isï¿1⁄2 nor ï¿1⁄2what it doesï¿1⁄2, but through its irreducibility to either of these forms of knowledge. As with any object, the story of the VOC is not exhausted by what it did or might have done. The phases of its life are not demarcated primarily by dramatic incidents, but by moments of symbiosis, a term drawn from the biologist Lynn Margulis. This book provides a counterpoint to the now ubiquitous social theories of constant change, holistic networks, performative identities, and the construction of things by human practice. It will appeal to anyone interested in cutting-edge debates in philosophy and social and cultural theory.