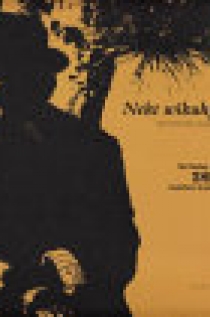 No present without the past. No equality without feminism. Shirley Bear has depicted everything from feminist to rights issues, from appeals to the UN to Oka. Nekt wikuhpon ehpit: Once there lived a woman: The Painting, Poetry and Politics of Shirley Bear chronicles the sources, inspiration, and personal circumstances that have shaped Shirley Bear's visual art, poetry, and political activism and presents the integral relationship amongst these important activities in her life. Countering the invisible silent status ascribed to Indigenous women by patriarchal history and convention, Bear's primary focus has been the recovery of the feminine role in the ancestral life of First Nations culture. Featuring more than 30 reproductions of her work with essays by Terry Graff, Susan Crean, and Carol Taylor, Nekt wikuhpon ehpitboth depicts and examines the essential feminine imagery of Bear's work in their symbolic, archetypal, or representative forms. Shirley Bear's work has been featured in exhibitions throughout Canada, the United States, and Europe. Her art is included in the collections of the Canadian Museum of History, the National Arts Centre, the New Brunswick Art Bank, Carleton University Art Gallery, and the Beaverbrook Art Gallery. Her writing has been featured in several anthologies, including Kelusultiek: Original Women's Voices of Atlantic Canada and The Colour of Resistance. She received the New Brunswick Excellence in the Arts Award in 2002.