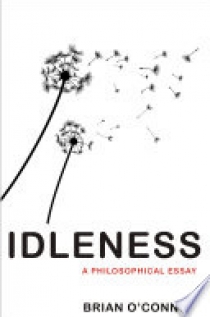 The case for idleness as freedom from usefulness, performance, and the opinion of others For millennia, idleness and laziness have been seen as vices. We're all expected to work to survive and get ahead, and devoting energy to anything but labor and self-improvement can seem like a luxury or a moral failure. Far from questioning this conventional wisdom, modern philosophers have entrenched it, viewing idleness as an obstacle to the ethical need people have to be autonomous, to be useful, to contribute to the social good, or simply to avoid boredom. In Idleness, the first book to challenge modern philosophy's portrayal of inactivity, Brian O'Connor argues that the case against an indifference to work and effort is flawed—and that idle aimlessness may instead allow for the highest form of freedom.