I Was Never Here 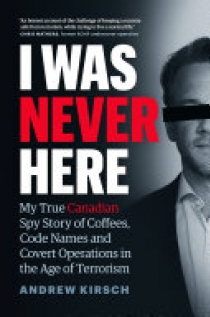 An ex-spy lifts the lid on life in the secret service Andrew Kirsch didn’t grow up watching spy movies, or dreaming about being a real-life James Bond. He was hardly aware that Canada even had its own intelligence service—let alone knew what its officers did. But when a terrorist attack occurred near the office of his financial services job, all of a sudden fighting terrorism meant a lot more to him than the markets. Within 18 months he had landed a job with the Canadian Security Intelligence Service (CSIS)—where he spent the next decade of his life.