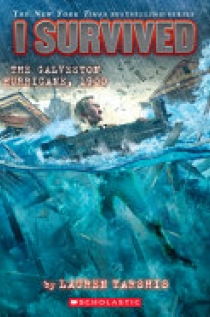 More than a century later, the Galveston Hurricane of 1900 is still America's deadliest disaster. Lauren Tarshis's story of one child surviving the horrible event churns with page-turning action and bold hope. The city of Galveston, Texas, was booming. Perched on an island off the southern coast of Texas, Galveston had been founded in the 1830s. By 1900, it was Texas's richest and most important city. Boats loaded up with American cotton and wheat steamed from Galveston to countries around the world. Arriving ships were crowded with immigrants.