I Know You're Lying 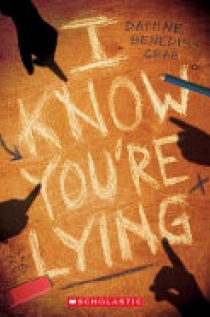 This twisty middle school thriller is One of Us is Lying meets Pretty Little Liars for young readers. There's been a theft at the middle school! Sasha's bag has been stolen from her locker. The security cams on the school's front entrance have captured four students entering the building early. Present at the time of the crime, Maddie, Jack, Nora, and Henry become top suspects. Each of them has a reason to dislike Sasha. Each has something to hide. But which of them is responsible for the break-in? And can they figure out who the thief is before Sasha gets her revenge... on all of them.