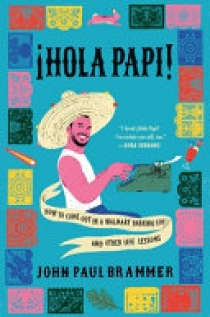 From popular LGBTQ advice columnist and writer John Paul Brammer comes a hilarious, heartwarming memoir-in-essays chronicling his journey growing up as a queer, mixed-race Chicano kid in American’s heartland to becoming the “Picante Carrie Bradshaw” of his generation. The first time someone called John Paul (JP) Brammer “Papi” was on the popular gay hookup app Grindr. At first, it was flattering; JP took this as white-guy speak for “hey, handsome.” Who doesn’t want to be called handsome? But then it happened again and again…and again, leaving JP wondering: Who the hell is Papi?