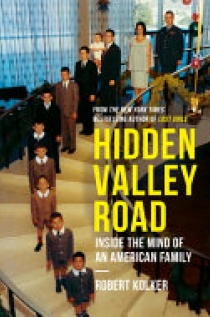 The heartrending story of a mid-century American family with twelve children, six of them diagnosed with schizophrenia, that became science's great hope in the quest to understand--even cure--the disease. Don and Mimi Galvin seemed to be living the dream. After World War II, Don's work with the US Air Force brought them to Colorado, where their twelve children perfectly spanned the baby boom: the oldest born in 1945, the youngest in 1965.