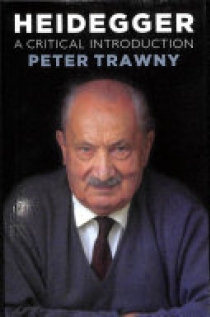 Martin Heidegger is one of the most influential figures of twentieth-century philosophy but his reputation was tainted by his associations with Nazism. The posthumous publication of the Black Notebooks, which reveal the shocking extent of Heidegger’s anti-Semitism, has only cast further doubt on his work. Now more than ever, a new introduction to Heidegger is needed to reassess his work and legacy. This book by the world-leading Heidegger scholar Peter Trawny is the first introduction to take into account the new material made available by the explosive publication of the Black Notebooks. Seeking neither to condemn nor excuse Heidegger’s views, Trawny directly confronts and elucidates the most problematic aspects of his thought. At the same time, he provides a comprehensive survey of Heidegger’s development, from his early writings on phenomenology and his magnum opus, Being and Time, to his later writings on poetry and technology. Trawny captures the extraordinary significance and breadth of fifty years of philosophical production, all against the backdrop of the tumultuous events of the twentieth century. This concise introduction will be required reading for the many students and scholars in philosophy and critical theory who study Heidegger, and it will be of great interest to general readers who want to know more about one of the major figures of contemporary philosophy.