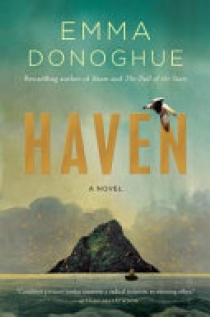 Around the year 600, three men vow to leave the world behind and set out in a small boat for an island their leader has seen in a dream, with only faith to guide them In seventh-century Ireland, a scholar priest named Artt has a dream in which God tells him to leave the sinful world behind. With two monks--young Trian and old Cormac--he rows down the River Shannon in search of an isolated spot in which to found a monastery. Drifting out into the Atlantic, the three men find the impossibly steep, bare island known today as Skellig Michael. In such a place, what will survival mean?