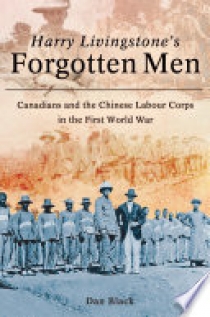 During the WWI, more than 80,000 Chinese labourers were secretly transported from China across Canada to the Western Front where they built bridges and roads, repaired tanks, unloaded supplies, and then, after the war, cleaned up the grisly battlefields. Though the use of Chinese labourers for the war has been known, the story of their journey and their work, and the role of Canadians in recruiting and transporting them, has not been fully told — until now.