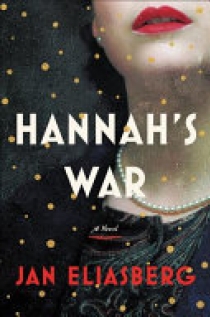 For readers of The Nightingale and The Alice Network, a thrilling historical debut about a female scientist working to develop the first atomic bomb during World War II, and a young military investigator determined to uncover her secret past. In 1945, Hannah Weiss, a Jewish-Austrian scientist, is removed from her laboratory at the Los Alamos National Lab and taken to Leavenworth Prison for interrogation. Major Jack Delaney, a rising star in the shadowy world of military intelligence, is convinced that someone in the United States has been sharing information with the Nazi party. The captivating, raven-haired, female scientist in New Mexico is his primary suspect. Across the globe, researches are racing to perfect the atomic bomb--a weapon powerful enough to stop WWII, and, perhaps, all future wars. But for Hannah, who has been sending mysterious postcards to a contact still in Germany, the trouble is just beginning. As Jack questions Hannah about her involvement with the infamous Kaiser Wilhelm Institute in Berlin ten years earlier, and her apparently friendly relationships with high-ranking members of the Nazi party, he slowly becomes seduced by her intelligence and quiet confidence. Is Hannah a Nazi spy, or is she protecting a far more personal and dark secret of her own? When Jack finally uncovers the truth about her life in Berlin before the war, Hannah must compromise her political allegiance, and choose between two lovers, and two versions of history. A vivid, page-turning, and inspiring re-imagination of the final months of World War II, and the brilliant researchers behind the first atomic bomb, Hannah's War is an unforgettable love story about an exceptional woman, and the dangerous power of her greatest discovery.