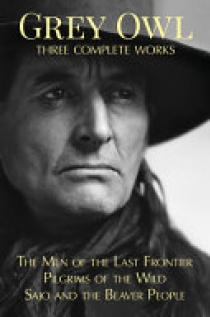 The three most famous and influential works from the controversial legend and early conservationist. Grey Owl was born Archibald Stansfeld Belaney, the son of an aristocrat in Hastings, England, in 1888. Raised by his two aunts, he led a lonely childhood in England until 1906, when, at the tender age of seventeen, he emigrated to North America to live among the Native people. He returned to England a few years later to serve in the First World War, was wounded, and returned to live with the Ojibwe in northern Canada.