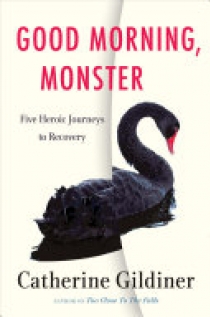 A therapist creates moving portraits of five of her most memorable patients, men and women she considers psychological heroes. Catherine Gildiner is a bestselling memoirist, a novelist, and a psychologist who practiced privately for 25 years. This book focuses on five brave men and women who overcame enormous trauma--in her view, heroes who should be celebrated. With a novelist's storytelling gift, Gildiner recounts the details of her patients' struggles and their paths to recovery and weaves in her own tale of her growth as a psychologist. In therapy, patients have to become vulnerable by stripping away their defenses, but so do therapists, who cannot hide behind a title, a desk, or even their specialized knowledge. The five cases described include a successful but lonely musician suffering sexual dysfunction; a young woman who, at the age of eight, had looked after her two siblings after her father, likely a murderer, abandoned them in a rural cottage; a glamorous workaholic whose wealthy, hideously negligent mother had greeted her each morning with "Good Morning, Monster"; an indigenous man who'd suffered greatly at a residential school; and a young woman whose abuse at the hands of her father led to a severe personality disorder. Each patient presents a mystery at first, one that will only be unpacked over years. They arrive, sometimes unwillingly, to try to overcome an immediate challenge in their lives, but discover that the source of their suffering is an entirely different matter. It will take courage to face those realities, and it requires creativity and resourcefulness from their therapist. Each patient embodies the virtues of self-reflection, stoicism, perseverance, and forgiveness as they confront the real source of their problems and work unflinchingly to face the truth. Gildiner's account of her journeys with them is moving and insightful and sometimes humorous. It offers a behind-the-scenes look into the therapist's office and explains how the process can heal even the most unimagineable wounds.