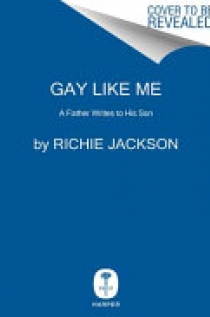 In this poignant and timely love letter to his son, producer Richie Jackson reflects on his experiences as a gay man in America and the progress and setbacks of LGBTQ citizens over the past fifty years. “My son is kind, responsible, and hardworking. He is ready for college. He is not ready to be a gay man living in America.” When Richie Jackson’s eighteen-year-old adopted son came out to him, the successful theater, television, and film producer, now in his fifties, was compelled to reflect on his experiences and share his wisdom on life for LGBTQ Americans over the past half-century. Gay Is Our Superpower is a celebration of gay identity and a sorrowful warning. Jackson looks back at his own progress and growth as a gay man coming of age through decades of political and cultural change. We’ve come a long way since Stonewall, he marvels: discrimination is now outlawed in most states, gay men and women can marry, and drugs can protect against AIDS and mitigate its effects. Jackson’s son lives in a newly liberated America. Yet nothing can be taken for granted. Bigotry and hatred still exist, nurtured by a president whose divisive, manipulative language exacerbates fear of “The Other,” drawing support and votes for excluding minorities and anyone who can be labelled “an outsider.” A newly constituted Supreme Court with a conservative tilt could revoke laws and turn the clock back years. Gay identity can be worn with pride, but gay citizens cannot be complacent Jackson warns; they must always be vigilant that their gains are fragile. As Ta-Nehisi Coates did in Between the World and Me, Jackson offers a response to our anxious and uncertain times. An intimate, personal exploration of our most troubling questions and profound concerns—about issues such as human rights, equality, justice—Gay Is Our Superpower is a book for all who care about tolerance, diversity, and social progress. Angry, proud, fierce, tender, it is powerful letter of love from a father to a son that holds lasting insight for us all.