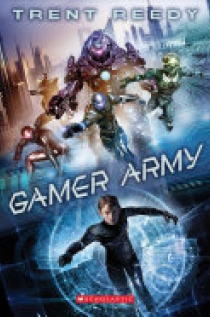 Even though he is only twelve, Rogan Weber is an obsessed gamer, whose motto, ego sum maximus, declares his confidence in his own abilities, and whose parents are also deeply involved in ultra high tech (a little too deeply sometimes); naturally he is thrilled to receive an invitation to join a tech giant's virtual reality TV gaming contest--but as the games become more and more intense and dangerous, he and his fellow gamers realize that something sinister is behind this particular game.