From Wardship to Rights 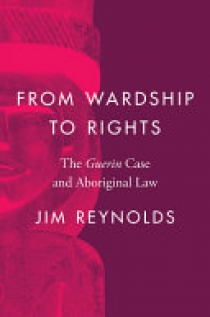 This book tells the story of a First Nation's single-minded quest for justice. In 1958, the federal government leased part of the small Musqueam Reserve in Vancouver to an exclusive golf club at below market value. When the band members discovered this in 1970, they initiated legal action. Their tenacity led to the 1984 decision in Guerin v. The Queen, whereby the Supreme Court of Canada held that the government has a fiduciary duty towards Indigenous peoples. Jim Reynolds, who served as one of the legal counsel for the Musqueam, provides an in-depth analysis of this landmark case and its impact on Canadian law, politics, and society. By recognizing that the Musqueam had enforceable legal rights, the Guerin case changed the relationship between governments and Indigenous peoples from one of wardship to one based on legal rights. It was a seismic decision.