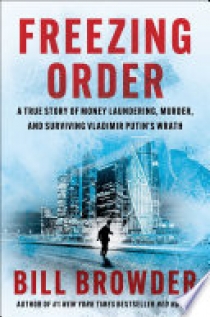 "When Bill Browder's young Russian lawyer, Sergei Magnitsky, was beaten to death in a Moscow jail, Browder made it his life's mission to go after his killers and make sure they faced justice. The first step of that mission was to uncover who was behind the $230 million tax refund scheme that Magnitsky was killed over. As Browder and his team tracked the money as it flowed out of Russia through the Baltics and Cyprus and on to Western Europe and the Americas, they were shocked to discover that Vladimir Putin himself was a beneficiary of the crime.