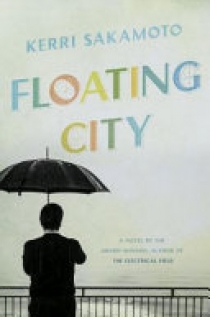 Citizen Kane reimagined, a novel about ambition and the relentless desire to belong, from the author of the Commonwealth Prize-winning and Governor General's Literary Award-nominated The Electrical Field. Frankie Hanesaka isn't afraid of a little hard work. An industrious boy, if haunted by the mysterious figures of his mother's past in Japan, he grows up in a floating house in the harbour of Port Alberni, BC. With all the Japanese bachelors passing through town to work in the logging camps and lumber mills, maybe he could build a hotel on the water, too. Make a few dollars. But then the war comes, and Frankie finds himself in a mountain internment camp, his small dreams of success dashed by the great tides of history. After the war, Frankie tries his luck in Toronto, where possibility awaits in the form of a patron who teaches him how to turn effort into money, and a starry-eyed architect who teaches Frankie something harder to come by: the ability to dream big. Buckminster Fuller's role as Frankie's outsized spiritual mentor is one of just many real-life touchstones and extraordinary points of colour in this fairytale-like story about family, ambition and the costs of turning our backs on history and home.