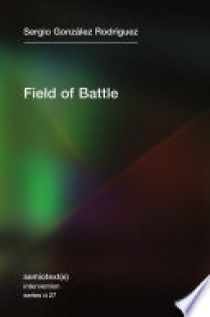 The emergence of a geopolitical war scenario, establishing a form of global governance that utilizes methods of surveillance and control. In times of war the law is silent. —from Field of Battle Field of Battle presents the world today as nothing less than a war in progress, with Mexico an illustrative microcosm of the developing geopolitical scenario: a battlefield in which violence, drug trafficking, and organized crime—as well as the alegal state that works alongside all of this in the guise of fighting against it—hold sway.