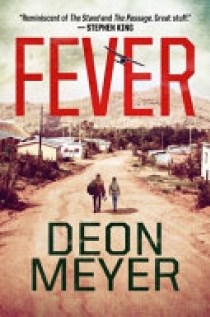 An epic story of survival and betrayal for fans of Station Eleven and The Road. Nico Storm and his father Willem drive a truck through a desolate land. They are among the few in South Africa to have survived a devastating virus that wiped out over 90 percent of the world's population. Willem, a thinker and a leader, has a vision for a new community rebuilt from the ruins of the old world. And so Amanzi is formed of a disparate group of survivors: there's Melinda Swanevelder, rescued from brutal thugs; Hennie Flaai, with his vital Cessna plane; Beryl Fortuin, with her ragtag group of orphans; and Domingo, the man with the tattooed hand. And then there is Sofia Bergman, the most beautiful girl that Nico has ever seen. As the community grows, so do the challenges it must face -- not just from external attacks, but also from within. Nico's strength and loyalty will be tested as he undergoes an extraordinary rite of passage in this dangerous new world.