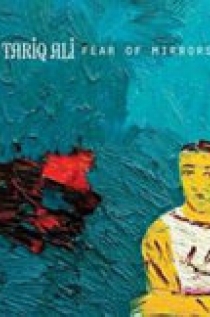 In this novel from esteemed political writer Tariq Ali, a father, Vlady, loses his job when he refuses to renounce socialist beliefs in the newly unified Germany--and as a result wants to explain to his alienated son what their family's long and passionate involvement with communism has really meant. The story he tells is of Ludwik, a Polish secret agent and Gertrude, Vlady's mother, whose desire for Ludwik is matched only by her devotion to the communist ideal. As the plot unfolds through the political upheavals of the twentieth century, Vlady describes the hopes aroused by the Bolshevik revolution and discovers the almost unbearable truth about the family's betrayal. Written with deep political insight and sensitivity, Fear of Mirrors relates the extraordinary history of Central Europe from the perspective of those on the other side of the Cold War. "Ali folds his drama around the tight, cultlike atmosphere of Communist Party life, peopled by idealists who find their lives encumbered by betrayals, power grabs, and corruption and who, in the post-Communist era, must come to terms with their complicity with Stalinism. . . . This is a valuable book, especially for those interested in the current thinking of the European left."--Publishers Weekly, on the first edition