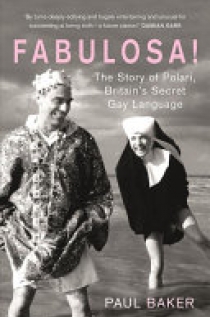 Polari is a language that was used chiefly by gay men in the first half of the twentieth century. At a time when being gay could result in criminal prosecution—or worse—Polari offered its speakers a degree of public camouflage, a way of expressing humor, and a means of identification and of establishing a community. Its roots are colorful and varied—from thieves’ Cant to Lingua Franca and prostitutes’ slang—and in the mid-1960s it was thrust into the limelight by the characters Julian and Sandy, voiced by Hugh Paddick and Kenneth Williams, on the BBC radio show Round the Horne: “Oh Mr.