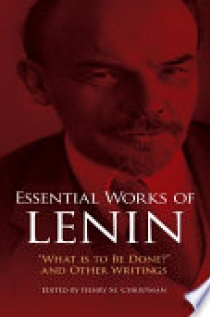 Among the most influential social forces of the 20th century, modern communism rests firmly on philosophical, political, and economic underpinnings developed by Lenin. This collection includes four of his most significant works, "The Development of Capitalism in Russia," "Imperialism, the Highest State of Capitalism," "The State and Revolution," and the title text.