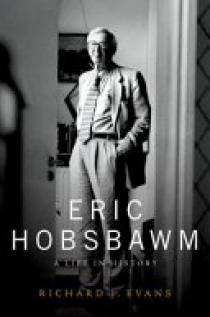 "This biography of Eric Hobsbawm offers new insight into one of the most influential intellectual figures of the twentieth century. Born in Alexandria, Egypt, of second-generation British parents, Hobsbawm was orphaned at 14 in 1931. Living with an uncle in Berlin, he experienced the full catastrophic force of world economic depression. In this frenetic atmosphere the only political choice was between Nazism and Communism. As a non-German and a Jew, the Nazi Party was out of the question and Hobsbawm's lifelong allegiance to Communism was formed. As a radical student and then young academic at Cambridge, Hobsbawm became a pioneer of social history. Eventually he gained international fame for the trilogy that he wrote over the course of decades, covering what he termed "the long nineteenth century"--The Age of Revolution, The Age of Capital, and The Age of Empire. Some have even argued that these comprehensive surveys, which ranged across the entire continent of Europe, changed the way history could be written. They held sway not only among historians but generations of general readers, some who went on to have prominent careers in politics or business. As a committed Marxist, which defined and guided his perspective on history, Hobsbawm was a controversial figure but also, almost uniquely and universally, someone who commanded respect even among those who did not share, or who even outright rejected, his political beliefs. Eric Hobsbawm: A Life in History deepens our understanding of the significant influence both Marxism and Communism have had on leading twentieth-century intellectuals, and brings to life one of its most colorful and intellectually compelling practitioners. It is an intellectual life of the twentieth century itself"--