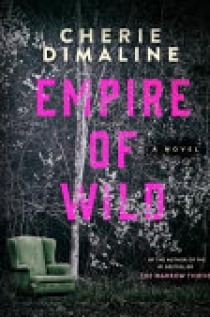 From the author of the YA-crossover hit The Marrow Thieves, a propulsive, stunning and sensuous novel inspired by the traditional Métis story of the Rogarou--a werewolf-like creature that haunts the roads and woods of Métis communities. A messed-up, grown-up, Little Red Riding Hood. Broken-hearted Joan has been searching for her husband, Victor, for almost a year--ever since he went missing on the night they had their first serious argument. One terrible, hungover morning in a Walmart parking lot in a little town near Georgian Bay, she is drawn to a revival tent where the local Métis have been flocking to hear a charismatic preacher named Eugene Wolff. By the time she staggers into the tent, the service is over. But as she is about to leave, she hears an unmistakable voice. She turns, and there Victor is. The same face, the same eyes, the same hands. But his hair is short and he's wearing a suit and he doesn't recognize her at all. No, he insists, she's the one suffering a delusion: he's the Reverend Wolff and his only mission is to bring his people to Jesus. Except that, as Joan soon discovers, that's not all the enigmatic Wolff is doing. With only the help of Ajean, a foul-mouthed euchre shark with a knowledge of the old ways, and her odd, Johnny-Cash-loving, 12-year-old nephew Zeus, Joan has to find a way to remind the Reverend Wolff of who he really is. If he really is Victor. Her life, and the life of everyone she loves, depends upon it.