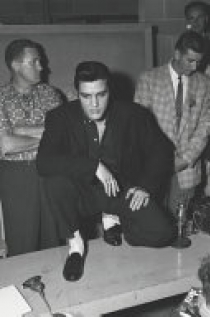 Elvis Presley, in his remarkable career, only toured outside the United States once and that was in 1957. On two separate tours, he performed concerts in three Canadian cities: Toronto, Ottawa and Vancouver. Notably, the Elvis concert in Vancouver at Empire Stadium on August 31, 1957, would be the final time the King performed in Canada. Over six decades have passed since those unforgettable concerts and fans (young and old) still remember when the King rocked Canada!