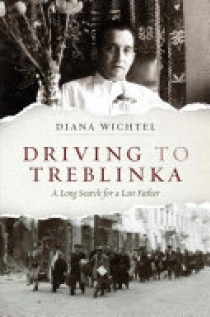 An intimate memoir recounting a woman's quest to solve the mystery of her Holocaust survivor father's death. As a child growing up in Vancouver in the 1950s and early '60s, Diana Wichtel knew there was something different about her family. Her parents were far from forthcoming about the harrowing details of her Jewish father's journey from Poland to Canada during the Second World War, often leaving young Diana with more questions than answers. She was told that during the War, Benjamin Wichtel and several members of his family were herded onto a train headed for the Treblinka extermination camp. Along the way, Benjamin seized the opportunity to jump off the train, leaving his loved ones behind. Evading the Nazis for the remainder of the War, Benjamin made his way to Canada and new life with a family of his own. But the past haunted him, and the pain of what he had gone through infiltrated his home life. When Diana was thirteen, her mother took her three children back to her native New Zealand, with the plan that Benjamin would follow them. However, the family never saw him again. After decades of unanswered questions, Diana (now a journalist), set out on her own to uncover what happened to her father. The search became an obsession as she uncovered information about his Warsaw family and their fate at the hands of the Nazis, scoured archives for clues to her father's disappearance, and visited the places he lived. This unforgettable memoir is a reflection on the meaning of family, the trauma of loss, and the insistence of memory.

By Marion Milner
March 30, 2020 | 197 pages
Following on from A Life of One’s Ownand An Experiment in Leisure, Eternity’s Sunriseexplores Marion Milner’s way of keeping a diary. Recording small private moments, she builds up a store of ‘bead memories.’ A carved duck, a sprig of asphodel, moments captured in her travels in Greece,...  END_OF_DOCUMENT_TOKEN_TO_BE_REPLACED
Biography

By Sally Cole
September 1, 2007 | 336 pages
Ruth Landes (1908-91) is now recognized as a pioneer in the study of race and gender relations. Ahead of her time in many respects, Landes worked with issues that defined the central debates in the discipline at the dawn of the twenty-first century. In Ruth Landes, Sally Cole reconsiders Landes's...  END_OF_DOCUMENT_TOKEN_TO_BE_REPLACED
Biography

By Martin Duberman
The New Press | September 10, 2013 | 365 pages
A portrait of the life and achievements of the celebrated progressive activist, author and teacher draws on exclusive access to his family archives to commemorate his roles as an anti-war veteran, an iconic contributor to the Civil Rights movement and dedicated white professor at a historically...  END_OF_DOCUMENT_TOKEN_TO_BE_REPLACED
Biography

By Lesley Buxton
October 31, 2018 | 240 pages
One Strong Girl is a mother's vivid account of what it is like to lose her daughter, India, to a rare debilitating disease. The story is a bold description of what it means to deal with deep sorrow and still find balance and beauty in an age steeped in the denial of death. At ten, India climbed the...  END_OF_DOCUMENT_TOKEN_TO_BE_REPLACED
Biography