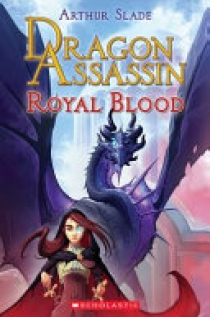 The thrilling sequel to award-winning author Arthur Slade's fantasy adventure! Carmen has defeated her twin brother, Corwin, thanks to the pact she made with Brax the dragon. Now it's time for her to fulfill her end of the bargain. Brax takes Carmen to Drachia, the land of beasts, where Carmen soon learns that Brax had been banished from his father's kingdom for accidentally killing his sister, Brenna. But soon after their arrival in the dragon capital, the two of them are quickly embroiled in plots and schemes to take the crown away from Brax's father, King Xerx.