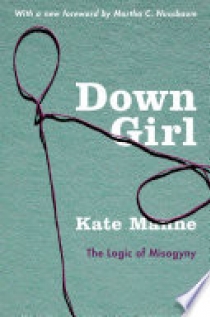 Misogyny is a hot topic, yet it's often misunderstood. What is misogyny, exactly? Who deserves to be called a misogynist? How does misogyny contrast with sexism, and why is it prone to persist - or increase - even when sexist gender roles are waning? This book is an exploration of misogyny inpublic life and politics, by the moral philosopher and writer Kate Manne. It argues that misogyny should not be understood primarily in terms of the hatred or hostility some men feel toward women generally.