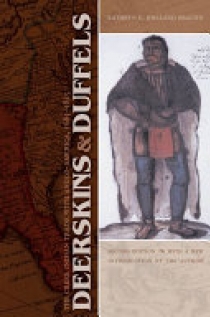 Deerskins and Duffels documents the trading relationship in the eighteenth century between the Creek Indians and the Anglo-American peoples who settled in what is now the southeastern United States. The Creeks were the largest Indian nation in the Southeast, and through their trade alliance with the British colonies, they became the dominant Native power in the area. The deerskin trade became the economic lifeblood of the Creeks after European contact.