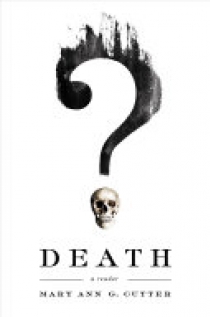 Despite the fact that we all die, humans do not share the same view of death. In Death: A Reader, Mary Ann G. Cutter explores prominent themes that emerge and reemerge in the history of ideas regarding the nature of death from prominent global perspectives that span ancient to contemporary discussions. Thirteen themes are presented in order to convey a sense of major views of death that are found in the philosophical and sacred literature of Asia, the Near and Middle East, and the West. Each chapter contains the context of the theme, primary source selections, reflections, and suggestions for further reading. Four features of this volume distinguish it from other philosophical texts on death. First, Cutter provides a culturally diverse selection of primary source readings on the nature of death. Second, along with the more traditional discussions of death, she provides discussion on emerging topics in death studies--namely, medical immortality and digital immortality. Third, she presents some of the key ethical issues regarding death, notably suicide, treatment refusal, and physician-assisted suicide, through the lens of the nature of death. Finally, she offers engaging practical exercises that challenge readers to think through their own personal and legal wishes regarding death and dying.