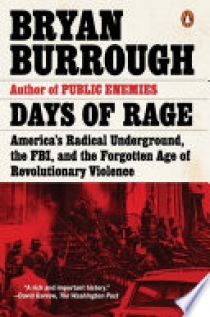 The Weathermen. The Symbionese Liberation Army. The FALN. The Black Liberation Army. The names seem quaint now, but there was a stretch of time in America when there was on average more than one significant terrorist act in the U.S. every week. The FBI combated these groups and others as nodes in a single revolutionary underground, dedicated to the violent overthrow of the American government. Thus began a decade-long battle between the FBI and these homegrown terrorists, compellingly and thrillingly documented in Days of Rage.