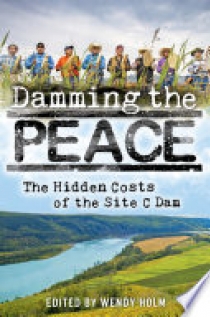 Since the 1970s, the Site C Dam in northeastern British Columbia's Peace River Valley has been touted by B.C. Hydro and successive governments as necessary to meet the province's increasing energy needs. With its enormous $10 billion price tag, the dam would be the largest public works project in BC history. It would be the third dam on the Peace River, and destroy traditional unceded territory belonging to Treaty 8 First Nations. Following the last provincial election, the newly appointed NDP government called for a review of the project, but work on the dam continues.