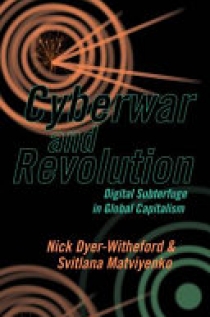 "Cyberwar and Revolution argues that digital warfare is not a bug in the logic of global capitalism but rather a feature of its chaotic, disorderly unconscious. Urgently confronting the concept of cyberwar through the lens of both Marxist critical theory and psychoanalysis, Nick Dyer-Witheford and Svitlana Matviyenko provide a wide-ranging examination of the class conflicts and geopolitical dynamics propelling war across digital networks"--Back cover.