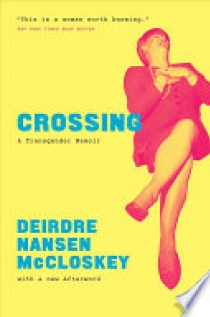 A New York Times Book Review Notable Book of the Year "I visited womanhood and stayed. It was not for the pleasures, though I discovered many I had not imagined, and many pains too. But calculating pleasures and pains was not the point. The point was who I am." Once a golden boy of conservative economics and a child of 1950s privilege, Deirdre McCloskey (formerly Donald) had wanted to change genders from the age of eleven.