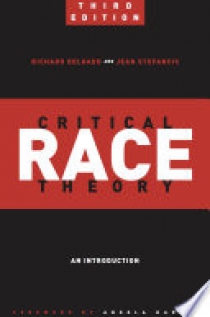 "Since the publication of the first edition of [this book], the United States has lived through two economic downturns, an outbreak of terrorism, and the onset of an epidemic of hate directed against immigrants, especially undocumented Latinos and Middle Eastern people. On a more hopeful note, the country elected and re-elected its first black president and has witnessed the impressive advance of gay rights. As a field, critical race theory has taken note of all these developments, and this primer does so as well.