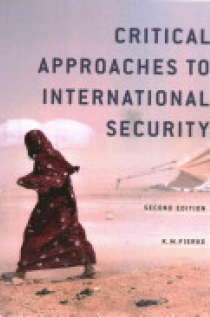 During the Cold War the concept of international security was understood in military terms as the threat or use of force by states. The end of EastÐWest hostilities, however, brought ‘critical’ perspectives to the fore as scholars sought to explain the emergence of new challenges to international stability, such as environmental degradation, immigration and terrorism. The second edition of this popular and highly respected text offers a wide-ranging and comprehensive analysis of the growing field of critical security studies.