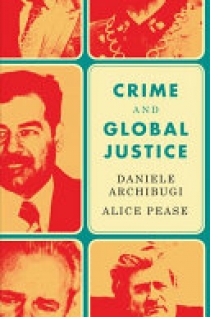 Over the last quarter of a century a new system of global criminal justice has emerged. But how successful has it been? Are we witnessing a new era of cosmopolitan justice or are the old principles of victors’ justice still in play? In this book, Daniele Archibugi and Alice Pease offer a vibrant and thoughtful analysis of the successes and shortcomings of the global justice system from 1945 to the present day. Part I traces the evolution of this system and the cosmopolitan vision enshrined within it. Part II looks at how it has worked in practice, focusing on the trials of some of the world’s most notorious war criminals, including Augusto Pinochet, Slobodan Milošević, Radovan Karadï¿1⁄2ić, Saddam Hussein and Omar al-Bashir, to assess the efficacy of the new dynamics of international punishment and the extent to which they can operate independently, without the interference of powerful governments and their representatives. Looking to the future, Part III asks how the system’s failings can be addressed. What actions are required for cosmopolitan values to become increasingly embedded in the global justice system in years to come?