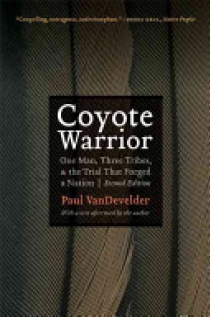 From White Shield to Washington DC, new Indian wars are being fought by Ivy League-trained lawyers called "Coyote Warriors"--among them a Mandan/Hidatsa named Raymond Cross. Coyote Warrior tells the epic story of the three tribes that saved Lewis and Clark's Corps of Discovery from starvation, their century-long battle to forge a new nation, and the extraordinary journey of one man to redeem a father's dream--and the dignity of his people. Cross graduated from law school and, following his father's death, returned home to resurrect his father's fight against the federal government.