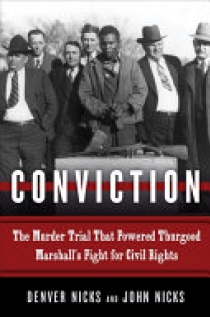 On New Year's Eve, 1939, a horrific triple murder occurred in rural Oklahoma. Within a matter of days, investigators identified several suspects: convicts who had been at a craps game with one of the victims the night before. Also at the craps game was a young black farmer named W. D. Lyons. As anger at authorities grew, political pressure mounted to find a villain. The governor's representative settled on Lyons, who was arrested, tortured into signing a confession, and tried for the murder.