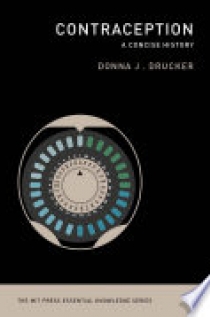 "This book is a history of contraceptive technologies from the opening of the first birth control clinic in Amsterdam in 1882 to the present. It argues that tracing access to, research and development of, and use of contraceptive technologies is an outward measure of how a society values human selfhood and autonomy. It traces the research, development, manufacturing, distribution, and use of contraceptive methods that were and are marketed and sold to the general public. Those methods were and are available with or without a prescription, for people of all genders. The history of contraception involves the synthesizing of diverse histories, including the history of technology, women's and gender history, the history of sex and reproduction, population control studies, legal history, and political history. It requires a broad understanding of individual behavior, identity formation and maintenance, and decision-making; nonprofit advocacy groups and independently wealthy individual advocates; religious organizations; governmental policies at various levels and the execution thereof; and technological development, manufacturing, and distribution, among myriad other factors. In the present, controlling, timing, and/or avoiding pregnancy is a concern for anyone involved in sexual activity with the potential for sperm-egg contact. Learning such history can shed light on the scientists, manufacturers, government officials, distributors, salespersons, and activists who paved the way for the variety of contraceptive technologies used today. Additionally, this book provides readers historical context for their own reproductive lives, contraceptive use, and decision-making processes. More broadly, this book also frames the history of contraception in a wider context of population control, eugenics (including involuntary sterilization), racist and classist restrictions on birth control access, and the extent to which people do or do not accept technological methods into their sexual and reproductive lives. Various technological methods can be embraced or rejected for a variety of reasons, including mental health (loss of libido or desire), physical health (increased bleeding or spotting), and allergies (such as to latex). Additionally, those with strict religious or moral beliefs, such as those who adhere strictly to Roman Catholicism's prohibition of any technological contraceptives and those who avoid hormonal or technological modifications to the body, both favor timing methods, which can also include withdrawal. Some of these individuals, however, may accept the use of external technologies, such as a thermometer or fertility computer, in order to avoid more invasive or morally objectionable internal technologies. Others may use technologies such as sex toys or dolls, with or without the presence of a partner, in order to avoid sperm-egg contact completely. Studying the reasoning behind use or non-use of contraceptive methods thus illuminates broader themes in the history of human-technological interaction. This book raises broader questions not only about the relationship of individuals to technologies, but also about the ways that contraceptives play a role in local, national, and international politics. Laws and policies from the U.S.'s Comstock Act to Ireland's Criminal Law Amendment Act affected and continue to affect people's personal lives, livelihoods, and decision-making. Laws and regulations govern the intellectual property of contraceptives (such as the chemical composition of spermicides); manufacturing standards; testing on animal and/or human subjects; legal requirements concerning advertising, sales and distribution; and the parameters under which sales are allowed, such as age restrictions or requiring a doctor's prescription. National or state policies can force people into involuntary sterilization, unwanted IUDs or hormonal implants in the service of "population control," as happened during the 1975-1977 Emergency in India. The presence or absence of legal contraceptives in a state or nation serves as a symbol of its commitment to women's and human rights-in other words, their commitment to reproductive justice. Geographically, the primary emphases are on the United States and Western Europe, with secondary emphases on the Caribbean, Eastern Europe, sub-Saharan Africa, Peru, India, and Japan. This book draws on existing scholarship in four areas: first, chronologically and temporally restricted histories of contraception; second, histories of sexuality and sexology; third, histories of fertility and infertility; and fourth, histories and theories of feminist health and reproductive justice. It is organized both chronologically and according to the type of technology under development"--Provided by publisher.