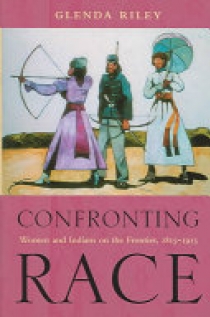 In 1984, when Glenda Riley's 'Women and Indians on the Frontier' was published, it was hailed for being the first study to take into account the roles that gender, race, and class played in Indian/white relations during the westward migration. In the twenty years since, the study of those aspects of western history has exploded. Confronting Race reflects the changes in western women's history and in the author's own approach. In spite of white women's shifting attitudes toward Indians, they retained colonialist outlooks toward all peoples. Women who migrated West carried deeply ingrained images and preconceptions of themselves and racially based ideas of the non-white groups they would meet. In their letters home and in their personal diaries and journals, they perpetuated racial stereotypes, institutions, and practices. The women also discovered their own resilience in the face of the harsh demands of the West. Although most retained their racist concepts, they came to realise that women need not be passive or fearful in their interactions with Indians. Riley's sources are the diaries and journals of trail women, settlers, army wives, and missionaries, and popular accounts in ne