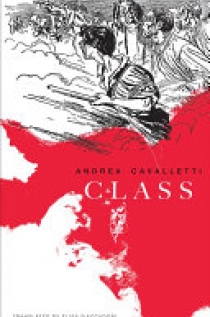 In 1936, Walter Benjamin defined the revolutionary class as being in opposition to a dense and dangerous crowd, prone to fear of the foreign, and under the spell of anti-Semitic madness. Today, in formations great or small, that sad figure returns--the hatred of minorities is rekindled and the pied-pipers of the crowd stand triumphant. Class, by Andrea Cavalletti, is a striking montage of diverse materials--Marx and Jules Verne, Benjamin and Gabriel Tarde. In it, Cavalletti asks whether the untimely concept of class is once again thinkable. Faced with new pogroms and state racism, he challenges us to imagine a movement that would unsettle and eventually destroy the crowd.

By Penelope Fitzgerald
Fourth Estate | April 4, 2019 | 320 pages
Penelope Fitzgerald's final masterpiece. One of the ten books - novels, memoirs and one very unusual biography - that make up our Matchbook Classics' series, a stunningly redesigned collection of some of the best loved titles on our backlist. The year is 1794 and Fritz, passionate, idealistic and...  END_OF_DOCUMENT_TOKEN_TO_BE_REPLACED
Literature - International

By Padgett Powell
Catapult | March 31, 2020 | 182 pages
Padgett Powell's third collection, Cries for Help, Various, includes forty-four stories, some very short, that follow his mentor Donald Barthelme's advice that 'the wacky mode must break readers' hearts.' The surrealistic and comical terrain of most of the stories is grounded in their real...  END_OF_DOCUMENT_TOKEN_TO_BE_REPLACED
Literature - International

Then the Fish Swallowed Him

By Amir Ahmadi Arian
HarperVia | March 31, 2020 | 288 pages
"An unprecedented view of modern day Iran from one of its own sons, award-winning Iranian author, Amir Ahmadi Arian, told directly to the American reader. A powerful and harrowing psychological portrayal of an individual struggle against the state written in the tradition of The Stranger and 1984,...  END_OF_DOCUMENT_TOKEN_TO_BE_REPLACED
Literature - International

Shine of the Ever

By Claire Rudy Foster
Interlude Press | November 5, 2019 | 222 pages
Shine of the Ever is a literary mixtape of queer voices out of 1990s Portland. By turns tender and punk-tough, fierce and loving, this collection of short stories explores what binds a community of queer and trans people as they negotiate love, screwing up, and learning to forgive themselves for...  END_OF_DOCUMENT_TOKEN_TO_BE_REPLACED
Literature - International

By Alka Joshi
Mira Books | March 10, 2020 | 368 pages
Trusted with the secrets of the wealthy, she can never reveal her own... Escaping from an arranged and abusive marriage, seventeen-year-old Lakshmi makes her way alone from her 1950s rural village to the vibrant pink city of Jaipur. There she becomes the henna artist--and confidante--most in demand...  END_OF_DOCUMENT_TOKEN_TO_BE_REPLACED
Literature - International