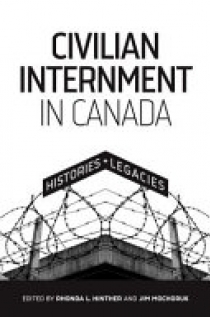 Civilian Internment in Canada examines abuse of the civil rights and liberties of tens of thousands of Canadians and Canadian residents via internment from 1914 to the present day. This ongoing story spans both war and peacetime and has affected people from a wide variety of political backgrounds and ethno-cultural communities, bequeathing a complex legacy for survivors and their descendants. Despite the well-known impounding of tens of thousands of Japanese, Ukrainians, assorted eastern Europeans, Germans, and Italians as "enemy aliens" during the two World Wars, civilian internment in this country has not been widely discussed, particularly in comparative ways. Indeed, there has been a propensity to sweep these events under the proverbial rug, keeping them out of the national discourse. Civilian Internment in Canada brings together senior scholars in the field of internment and civil liberties studies with emerging scholars, graduate students, community members, teachers, public historians, artists, former internees, descendants of internees, and redress activists to examine the processes and consequences of civilian internment during real and perceived wartime contexts, ranging from the Great War to the Cold War to the "War on Terror." It demonstrates the ways in which "shared authority" between scholars and subjects can both reshape our understanding of crucial episodes in Canada's history and bring a sense of vibrancy and immediacy to the all-too current question of civil liberties and minority rights in today's security state.