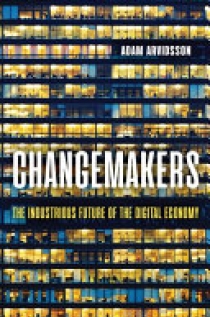 This book argues that, as industrial capitalism enters a period of prolonged crisis, a new paradigm of ‘industrious modernity’ is emerging. Based on small-scale, commons-based and market-oriented entrepreneurship, this industrious modernity is being pioneered by the many outcasts that no longer find a place within a crumbling industrial modernity. These outcasts are both popular in origin and from the middle class. Some are drawn from the many migrants that arrive in the booming megacities in emerging economies as well as in the metropolises of the developed economies. Others are knowledge workers who, despite a university education, are unable to find, or do not desire, a career in the corporate world; instead they are forced to go freelance, or choose to start a small business of their own. In its popular as well as in its middle class version this new industriousness draws on the new planetary commons that have been generated by the globalization of industrial capitalism itself. The outsourcing of material production to global supply chains have made the skills necessary to engage in commodity production generic and common, and the globalization of media culture and the internet have generated new knowledge commons. Together these new commons have radically reduced the capital requirements to engage in economic activity, and are providing new highly efficient tools of productive organization at little cost. Rather than challenging capitalism head-on, Arvidsson argues that this new industrious modernity is likely to develop gradually, as a progressively more attractive alternative to an industrial capitalism in terminal decline. This timely analysis of the new forces of change in our societies today will be of great interest to students and scholars in sociology, politics and media and cultural studies as well as to anyone concerned with the impact of digital technologies and the future of capitalism.