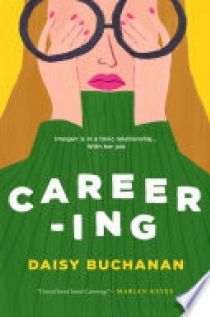 Hilarious and unflinchingly honest, Careering takes a hard look at the often toxic relationship working women have with their dream jobs. careering (verb) 1. working endlessly for a job you used to love and now resent entirely 2. moving in a way that feels out of control Imogen has always dreamed of writing for a magazine. Infinite internships later, Imogen dreams of any job. Writing her blog around double shifts at the pub is neither fulfilling her creatively nor paying the bills. Harri might just be Imogen's fairy godmother.